Growing up, we watched Sesame Street. There was a song that went something like:

Oh, who are the people in your neighborhood?

Say, who are the people in your neighborhood?

The people that you meet each day.

Nowhere there do I see that your ex-husband should be the people in your neighborhood. 😑

I nearly had a heart attack when my 9 year old daughter mentioned something about Daddy checking out a house for sale in the next cul-de-sac. They toured an open house on my block!!

Made me sick to my stomach. Want to throw up, queasy, oh hell no, kind of sick.

Sometimes I ask myself how it can be fair that you can still have to see someone you cannot stand on such a frequent basis? If Grayheart could just consistently be nice or normal (or just consistent) then I wouldn’t have to want to punch him in his smug face so often. 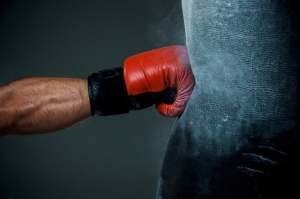 Don’t exes want to avoid each other? I don’t want to see him more often than I have to! No one loves their kids enough to want to move 5 houses away. Just leave me alone, dude.

So I asked him about it. Claims they stopped by on a whim just for fun while they happened to drive by. That there’s no way he could even afford a house in the neighborhood. I’m calling bullshit. He can’t afford it is right. But that it was a chance thing? Nope. I think he’s just trying to mind-f*ck me. Make me crazy.

26 thoughts on “Oh, who are the people in your neighborhood?”