Are you going to marry Captain?

That’s the text I got this morning from my ex, Grayheart.

Completely out of the blue. Right after he sent me a text letting me know the kids were dropped off at school.

Me: “Wha? What the hell kind of question is that?”

Grayheart: “Just curious. Not an unreasonable question. You have been dating for a year or so now.”

A few snarky responses to came to mind:

*For the record, I am NOT pregnant and have no intention on having any other kids.*

But I am mature and composed so I  responded with:

“The question surprises me so it caught me off guard. I don’t know what the future holds. I’m not worrying about marriage or anything like that right now. I’m happy and Captain is really good to me. Past that, I’m not giving anything else any thought. “

It’s not his business to know my relationship status with Captain. I gave him enough information so that he understands that I am in a good place. But that he doesn’t have to worry at this time about some guy he barely knows moving in to the house with his kids.

Truth is, I treat Captain as if he’s my future but I don’t waste time worrying about the next step with him. I am happy just being happy. Captain and I definitely speak of marriage and growing old together but I don’t feel pressured or rushed and it is absolutely perfect.

I knew this wasn’t over. I suspect Grayheart will soon want to have a talk. He already mentioned to a mutual friend that he wished things had gone down differently and that he misses his family. It might do us good to clear the air and draw a very firm line in the sand.

Have a great weekend, mi gente!

Last week, Grayheart had the kids all day for Presidents’ Day.  He took them to a museum and then ran errands.

By the time he got them back to me that evening, he looked like he’d been through the battle of his life. His eyes were red and sunken, his face aged 10 years and his posture looked deflated. This was a man that looked defeated.

I asked how the kids had behaved with him.

His response as he plopped into the dining room seat?

“They were awful. They don’t listen. They fight constantly. It was overwhelming.”

Then he started to tear up! Literally tears springing to his eyes and trickling down his cheeks.

I was shocked. This is not a man that shows emotion easily.

I stood there frozen facing him as I had absolutely no idea what to do. He seemed so broken and sad. Here is a man I once loved, my former best friend, the father of my kids crying in front of me. My first inclination was to hug and console him. But I couldn’t move.

I was worried the moment would’ve turned into an attempt on his part to kiss me or have too heartfelt of an embrace.

I have absolutely no interest in that for a number of reasons.

So I was relieved when my son called for me and I ran into the other room to tend to him. Grayheart escaped to the bathroom to gather himself.

When he returned, he announced his departure and I walked him out.

“This is hard. I try to make the most of my time with them. I don’t have them as often as you do. I’ve spent my whole day yelling at them or separating them from fighting. Then, I’m cleaning after them a bunch… It’s hard to spend quality time.”

I almost laughed out loud at this. These were many of my concerns when we first separated. Although it’s tough being outnumbered, I’ve managed well.

He continues, while still crying, “I guess this is what happens when you have a split household.” Followed by a big sigh and him looking sideways at me.

I’m still uncomfortably awkward and feeling bad for him and confused. So I end with, “Yup. Yeah. I guess so…Well, let me know what I can do to help make it better with the kids.” 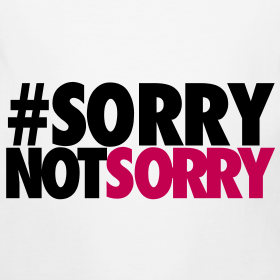 I know exactly what’s happened here. I hadn’t written about it because, frankly, I didn’t care enough. But him and Raggedy Ann broke up last month. He didn’t tell me but I could sense it. He has been different.

So he’s a bit down about the whole thing. He sees himself alone and having possibly made a bad decision.

Then, Valentine’s Day rolls around and Grayheart drops by to give the kids their cards and chocolates. What does he pop in on? My lovey little brood having a blast playing kickball with me and Captain in my backyard of what used to be “our” home. We are nice to him but it’s definitely an awkward moment. (Kids were pleased as punch. They had no clue.)

All of a sudden, he’s an outsider to his own family. He not only sees his family having a great time with another man but at that moment he realized his role as man of the house was backfilled with my boyfriend. He gets the kids the next day and nothing goes right. The family unit feels lopsided and missing something… me!

Now, let me just say that Grayheart is a great dad. He will never be “replaced” as Daddy by any man. I don’t play games with my kids or him about it. A partner on either side is a bonus.

Let me also clarify that I didn’t get the impression he was trying to hit on me. But I do think he was feeling me out since he was incredibly sad. And I’m not falling for it.

Grayheart will never change. The grass will always be greener on the other side. He’ll always want someone to feed his ego. And he’ll always be a dick. And moody. And selfish.

I wouldn’t have chosen this life for my kids. My ideal situation would have been us as a strong/functioning/happy intact family without all this hurt.

But I’m better and happier than I’ve been in a verrrrrry long time. And I don’t think it’s a superficial type of happiness. I’ve worked really hard on healing from the inside out. The last year and a half has taught me a lot: I’m better without him as a partner.

Stay tuned. I don’t think this is over. 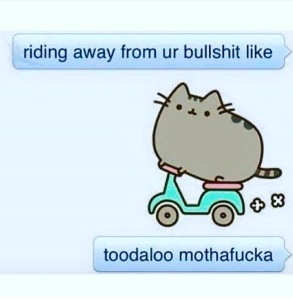